Home
»
Movies
»
Who is Whitney Henriquez? All about Amber Heard’s sister as she’s set to testify against Johnny Depp

After being mentioned in the Johnny Depp vs. Amber Heard defamation trial, the actress’ sister Whitney Henriquez is set to testify against the Pirates of The Caribbean star. As per reports, Henriquez’s deposition will come after the conclusion of her sister’s testimony.

Henriquez was reportedly present at the controversial incident at Depp’s Eastern Columbia Building penthouse in May 2016, when police were called to the scene. At the time, Los Angeles Police Department (LAPD) officers responded to a potential domestic violence call from the apartment.

Judge encourages them continue to meet and confer on their own (to try to come to an agreement on their own) twitter.com/LauraBockov/st…

Update: Johnny Depp vs Amber Heard (CA)Both sides seeking documents from subpoenas for Whitney Henriquez, Sean Bett and Stephen DeutersJudge encourages them continue to meet and confer on their own (to try to come to an agreement on their own) twitter.com/LauraBockov/st… https://t.co/6KS5Zaykng

Several witnesses to the incident have previously testified in court about what happened that night. Officer Tyler Hadden, Officer William Gatlin, and Officer Melissa Saenz were among the witnesses who remembered the 2016 incident.

What is known about Amber Heard’s sister, Whitney Henriquez?

Whitney Henriquez (née Heard) is the younger sister of the Aquaman star, who will appear as a witness in the defamation trial to support her sibling’s claims about Depp’s alleged abusive behavior. The 34-year-old was born to David Clinton Heard and Patricia Paige and is only one and a half years younger than Amber Heard.

As per her Instagram, Henriquez is married to Gavin Henriquez, with whom she reportedly shares two children, daughter Hunter Wylde and son Harlin Willow. The Texas native, like her older sister, appears to have dabbled in acting. According to her IMDb profile, Henriquez has just one credit in a 2007 film called Homo Erectus. 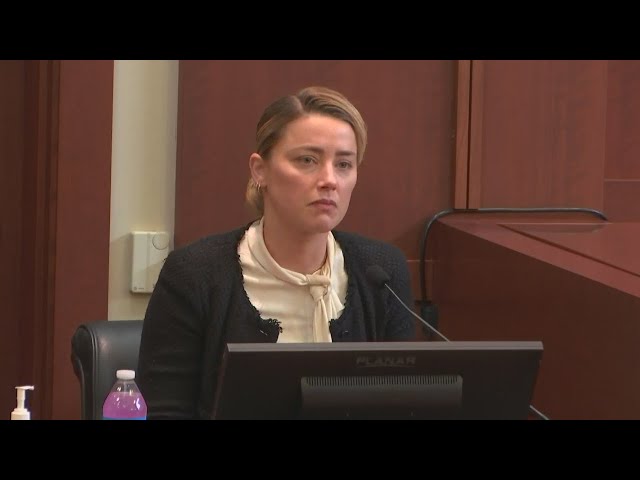 In Johnny Depp’s 2020 libel lawsuit against The Sun, Henriquez testified on behalf of her sister and claimed that Depp had repeatedly beaten Heard on multiple occasions. At the time, Henriquez insinuated that the actor had started hitting Heard early on in their relationship, as she had found bruises on her sister’s face around the time.

“I remember saying to him: ‘Why did you f**king have to hit her?’ Sometimes he would flat out deny it or downplay it by saying, ‘No, I just pushed her, I didn’t hit her.’ Other times, he would acknowledge that he had hit her, but would try to justify it, by claiming she hit him first or ‘she called me a pu**y…'”

The 34-year-old also revealed that she had pleaded with Amber Heard not to marry Depp. In her testimony, Whitney Henriquez mentioned:

“I told her it was a bad idea, begged her not to go through with it, and said that she should end it because it wasn’t going to get better.”

Travis McGivern just testified under oath that there is no way Whitney Henriquez (Amber’s sister) was standing in between Johnny Depp and Amber Heard when Amber punched Johnny because Travis was the one standing in between them.#JusticeForJohnnyDepp

Amber Heard’s sister is set to testify against Depp based on the incident that occurred on May 21, 2016, when police were called to the former couple’s penthouse. As per Heard’s prior testimony from this trial, her sister had been involved in an altercation between the actress and Depp.

The 36-year-old star admitted that she punched Depp as the actor had allegedly taken a swing at Whitney Henriquez. Heard’s sister had lived at a neighboring penthouse in the building from 2014 till 2015 and again reportedly returned in January 2016.