Home
»
Movies
»
Who is iO Tillett Wright? Amber Heard claims her friend called 911 after Johnny Depp threw a phone at her face

On Monday, May 16, Amber Heard continued through her testimony against Johnny Depp as the defamation trial resumed after a hiatus of over ten days. In her testimony, Heard rejected the claims of defecating on Depp’s bed at the latter’s Eastern Columbia Building penthouse.

During her testimony, Heard recalled the accounts of her reported reconciliation with Depp, following which the actor allegedly had another altercation with her. According to Heard, the alleged incident happened when Depp’s mother, Betty Sue, had passed away.

Heard also brought up the alleged interaction between her friend iO Tillett Wright and Johnny Depp. She later provided the accounts when Depp allegedly threw a phone at her face. The Aquaman star made the same claims during Depp’s 2020 libel trial against The Sun.

What is known about Amber Heard’s friend iO Tillett Wright?

Wright is a photographer specializing in expressing LGBTQ+ aspects with his pictures whilst also being the author of Darling Days: A Memoir. The 36-year-old New York native explored his life as transgender and gender-neutral in his memoir.

However, he is most renowned as the co-host of the MTV show Suspect, along with Nev Schulman. The actor, podcaster, and activist has hosted the show since 2016.

As an actor, iO Tillett Wright has garnered over 11 credits in TV and feature film projects, including an episode of S*x and the City. According to his website, Wright is also the “creator of the hit TED talk ’50 Shades of Gay.”

Furthermore, he has founded the Self Evident Truths project, where he documents thousands of LGBTQ+ people. As per PEOPLE, Wright has also featured Johnny Depp’s daughter Lily-Rose Depp as the 9,958th person on the project.

Like Heard’s friend Raquel “Rocky” Pennington, iO Tillett Wright has also lived with Amber Heard and Johnny Depp at a presumed neighboring penthouse in Los Angeles. As per Wright’s statement to The Times of London’s Sunday Times magazine, he lived near the former celebrity couple for a year until their marriage in 2015. 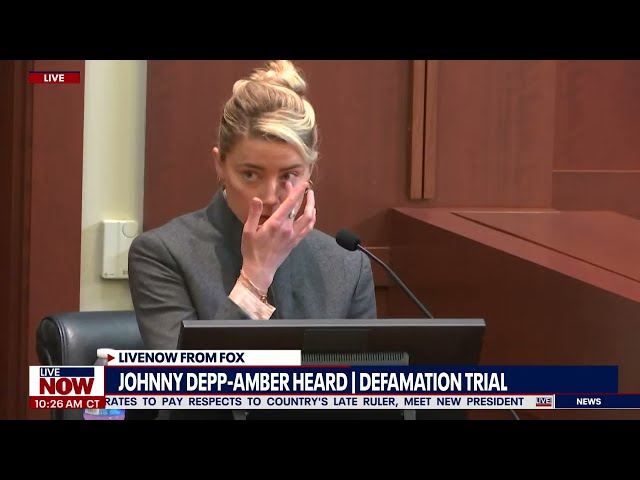 On May 16, Heard recalled a telephonic conversation between Tiller Wright and herself, where the former had requested her to leave the apartment over concerns for the actress’ safety. The 36-year-old Texas native also claimed that the Pirates of the Caribbean star had verbally abused her while on a call with Tillett Wright.

In court filings of Amber Heard’s request for a temporary restraining order against Depp in 2016, the actress alleged that her ex-husband had also abused iO Tillett Wright. As per the legal documents obtained by PEOPLE at the time, Heard claimed that Depp “began screaming profanities and insults at iO.”

“I heard iO yell at me to get out of the house. Johnny then grabbed the cellphone, wound up his arm like a baseball pitcher and threw the cellphone at me striking my cheek and eye with great force.”

In her statement provided through court documents in 2016, Amber Heard claimed that following their altercation, she yelled at Wright to call the police. It has been insinuated that Wright had dialed 911 after Heard’s request at the time.