Israel Adesanya’s mother was not happy with the UFC middleweight champion doing a shoey back in 2018. ‘The Last Stylebender’ was in attendance at UFC Adelaide when he did a shoey to celebrate the announcement of his fight against Anderson Silva.

Adesanya later shared screenshots of messages from his mother, scolding him for the stunt and reminding him that he apparently has a “sensitive tummy.” The message read:

“Son, for God’s sake, please DON’T DO THIS AGAIN!. You have a sensitive tummy, I know it is your shoe but not healthy.”

It was followed by another message telling Adesanya to be himself and avoid picking up bad habits from others.

“Be you as you always do, don’t copy bad, unhealthy habit. Infection of the intestine can be fatal.”

The iconic shoey has become increasingly popular with the efforts of heavyweight star Tai Tuivasa. The hype behind the unique celebration even led to UFC head honcho Dana White doing a shoey with the Australian heavyweight.

‘The Last Stylebender’ is now scheduled to face Jared Cannonier in the main event at UFC 276 in July. Coming off a knockout win over Derek Brunson in his last outing, ‘The Killa Gorilla’ claims Adesanya won’t be “style-bending” in their upcoming encounter.

Not intimated by the champion’s skillset, Cannonier believes Adesanya might even have to alter his gameplan. The 38-year-old said in an interview with Helen Yee:

“But I’m going to anticipate less, just answering any of the questions that he’s gonna present to me, answering them with ferocity, and I don’t know, any of those pretty words we can add to it, but I feel like he’s going to have to change his approach, that’s for sure. He’s not going to be style-bending in there because I plan on neutralizing his game and imposing mine like I do with any and everybody.”

Watch Cannonier weigh-in on his upcoming title fight below: 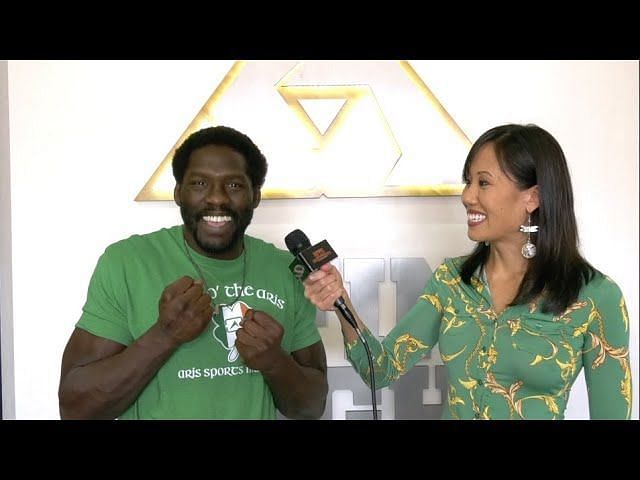