Nicholas Sookdeosingh is the top pick for this game.

Clarke Road United and QPCC I will lock horns in Premiership I 2nd Semi-Final of Trinidad T20 2022. CRU was able to win 2 out of their 3 league matches and finished 2nd in the group points table. They chased down the target of 195 in the last game and would be pumped to do well in this fixture. The players like Nicholas Sookdeosingh and Kerwin Sirju will be their key players.

On the other hand, QPCC was unbeaten in 3 appearances of the group stage fixtures. In their last league game, they chased down the target of 165. the likes of Darren Bravo and Isaiah Rajah will look to do well for the QPCC.

On most occasions, the pitch has assisted the batters and the totals of over 150+ have been readily posted by the teams. It will be upon the bowlers to have tight line-lengths and contain runs.

(will be added when there is an update)

Nicholas Sookdeosingh has amassed 211 runs in 3 innings at a strike rate of 142.57. His top score of 87*came in the last outing.

CRU vs QPCC Must Picks for Dream11 Fantasy Cricket: 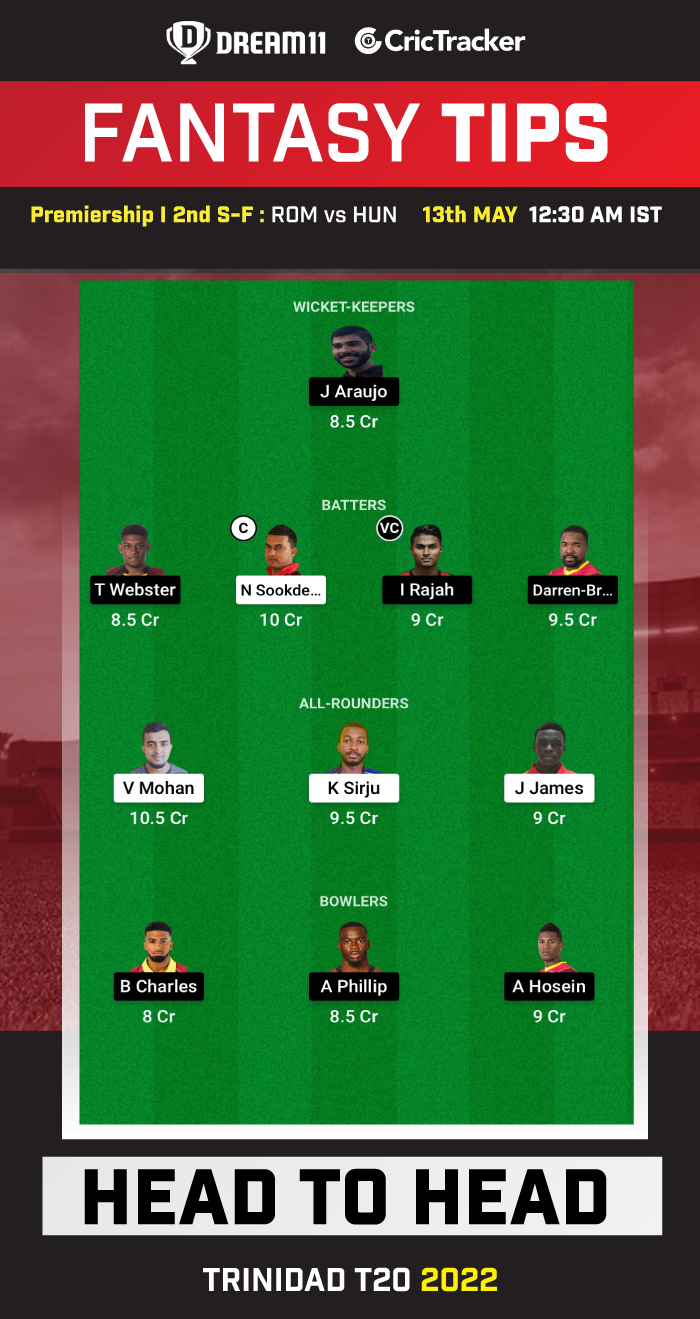 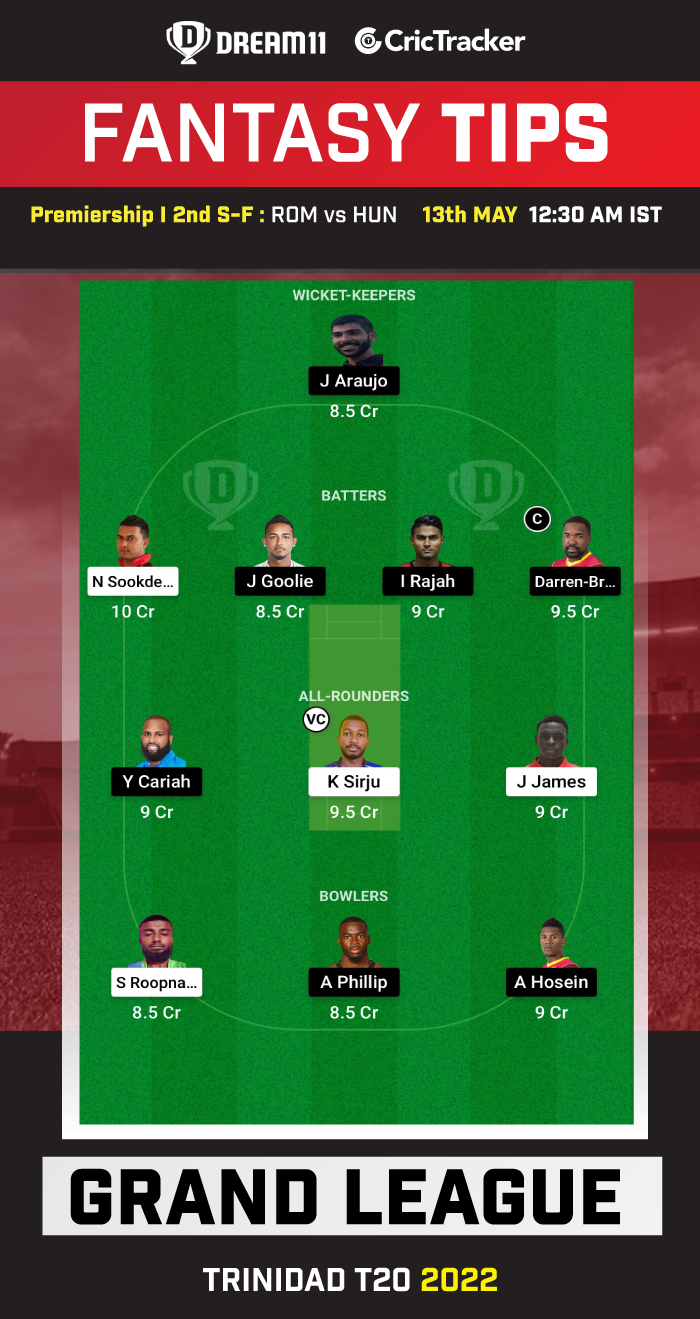 QPCC is expected to secure a victory in this fixture.

Note: Updated Fantasy teams and Playing XIs of every match will be provided in our Telegram channel if the information is available.

Disclaimer: This team is based on the understanding, analysis, and instinct of the author. While selecting your team, consider the points mentioned and make your own decision.