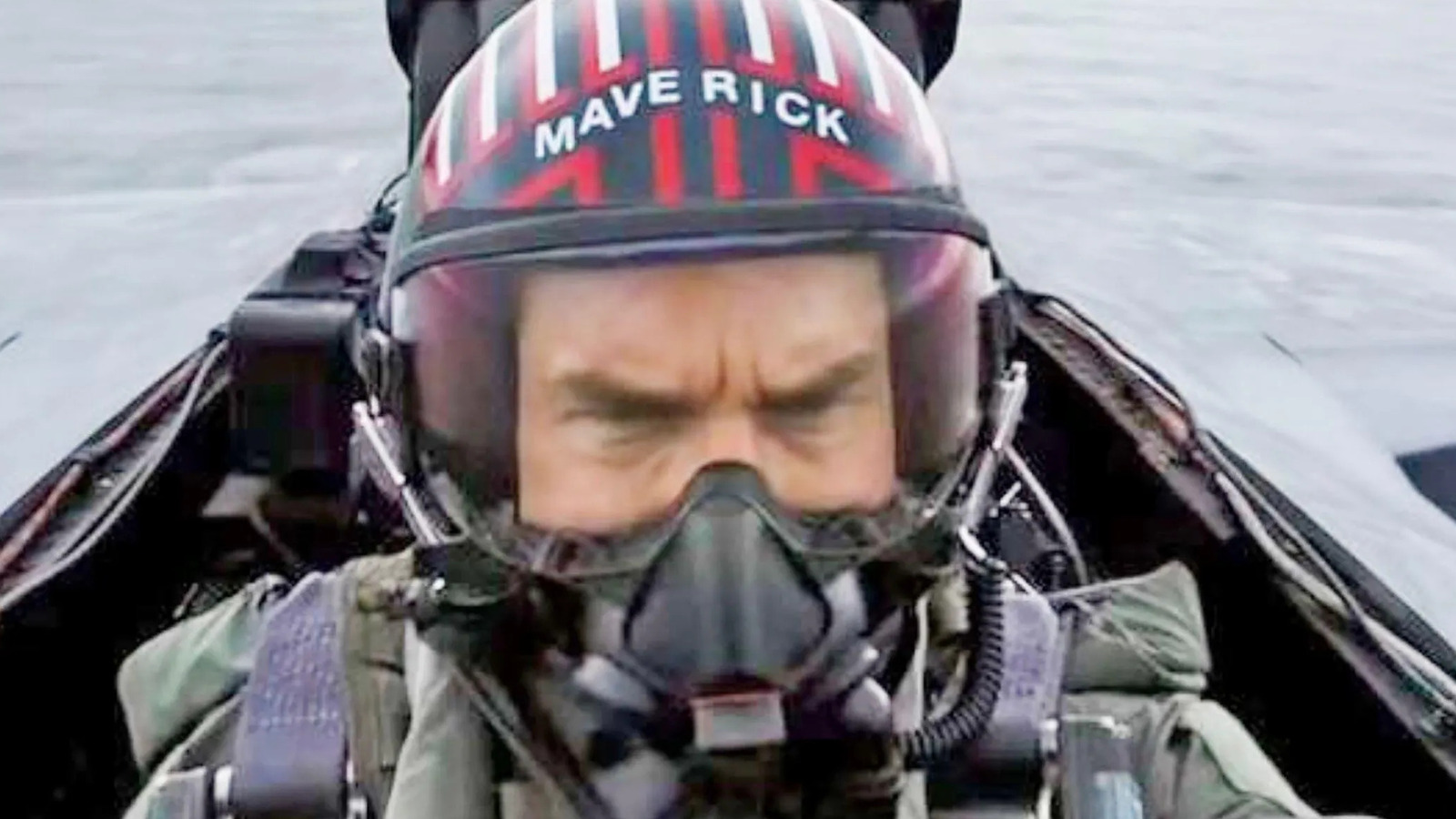 It’s in the initial opening stretch that the film prepares you for the worst kind of nostalgia cash-in experience. Opening to Harold Faltermeyer’s score from the original, we get the same onscreen text introducing us to the concept of the Top Gun program from the first film — before cutting to a near shot-for-shot update of the opening credits, right down to the text font and the use of Kenny Loggins’ “Danger Zone.” Thankfully, the film never cynically replicates sequences from the original quite like this ever again, with the only scene that gets close being an updating of the first film’s famously homoerotic volleyball sequence. And it does need to be said: the overall lack of homoeroticism this time around might be the only area where the film has considerably downgraded from that.

Following these credits, we’re introduced to Maverick (Cruise) in the present day. In the time that’s intervened since the first film, his improbable ability to keep succeeding on missions that would have killed off anybody else have effectively made him the Navy’s very own Han Solo, with at least one death-defying mission in this film being the equivalent to doing the Kessel Run in 12 parsecs. One of these occurs within the opening fifteen minutes, quite breathtakingly, as Maverick is brought to a navy test base to fly a jet that can go ten times beyond the speed of sound, which is in danger of being recommissioned due to budget cuts. As someone who quite famously feels the need for speed, Maverick hits this target, but pushes the engine too far, causing it to combust and bringing him crash landing back to Earth where he’s given a new job by his stressed out superiors: return to the Top Gun Academy and teach a new generation of pilots instead of causing more chaos on duty.

There are hints of another classic action movie trope, which the film effectively pokes fun at. Maverick is back for “one last job” — but as his love interest, played by Jennifer Connelly, points out, most of the time that has elapsed since the first “Top Gun” has been spent by him returning to do the mission he swears will be his last. Connelly effectively adds personality and humor to a fairly underwritten romantic role designed simply to replace Kelly McGillis’ equivalent character from the original, who is never once mentioned here; you will be forgiven for initially thinking the role has simply been recast with a better known face. Outside of her comic relief, the story is treated with the upmost sincerity, something which proves effective despite how recognizable every last narrative beat in the film is. There are no surprises as to whether Rooster (Miles Teller) will bury the hatchet with Maverick to continue the legacy of his father, Maverick’s former wingman Goose (played by Anthony Edwards in 1986), or whether Maverick will succeed at training the new recruits and completing his most life threatening mission yet.

Somehow, “Top Gun: Maverick” overcomes these considerable hurdles with ease; the third act in particular contains some of the best aerial warfare committed to film, the team’s mission staged so effectively that it left me on the edge of my seat, despite knowing the inevitable outcome. In the original film, the best known but arguably among the weakest films by the late director Tony Scott, the climactic overhead battles could become incomprehensible as they reached their final stages. Here, director Joseph Kosinski is effective in explaining the geography of the mission from the outset, with the specific technical details the pilots need to be keenly aware of never becoming jargon you’d have to keep leaving the theater to Google, just to know what’s going on. Kosinski clearly adores the original, but has studied it enough to understand how to improve upon it — the same tactic he used with his debut film, 2010’s “Tron: Legacy.” He might very well become the go-to filmmaker when you need a safe pair of hands to direct a legacy sequel.