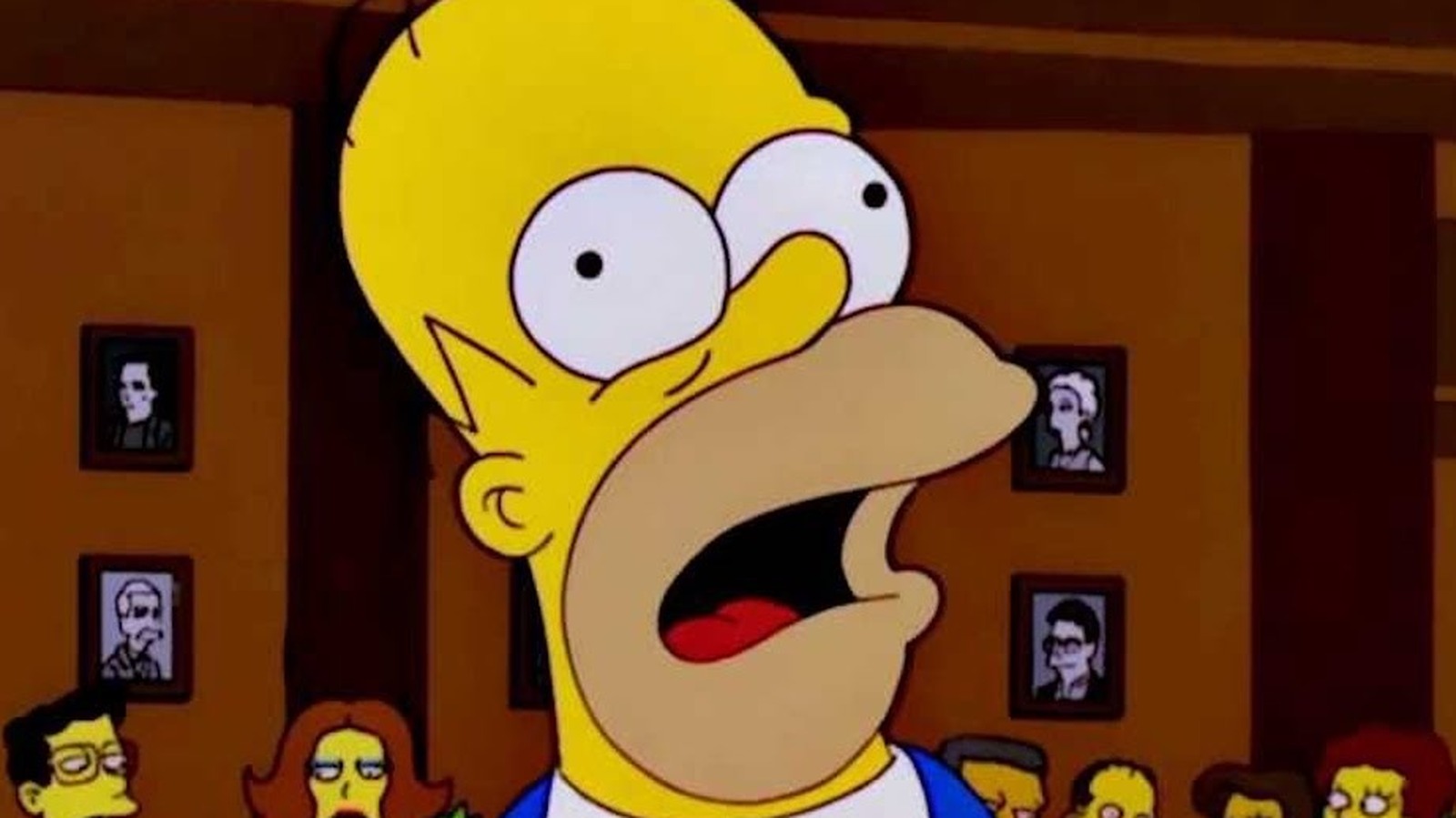 With more than 700 episodes in “The Simpsons” history, guest artists have created a number of couch gags, including “Ren & Stimpy” creator John Kricfalusi, and animators Steve Cutts, Don Hertzfeld, and Bill Plympton (who’s done it many times). There was even a “Robot Chicken”-style Claymation couch gag. While some have been weird and disturbing, few were as controversial as the gag used early in the show’s 22nd season. For the season’s 3rd episode, titled “MoneyBART,” the creators hired elusive and unidentifiable graffiti artist Banksy for the couch gag. Famously known for his anti-establishment pranks, Banksy’s sequence took potshots at the animation and merchandising industries, and the Fox network.

As the Simpson family sits on the couch, the camera zooms out, revealing a dark, grimy sweatshop filled with human bones, hazardous waste, and sickly animators slaving over hand-painted animation cells. We tour the sweatshop and witness horrible human and animal cruelty, including a barefooted child with a vat of chemicals, a chained-up panda, and a near-death unicorn used to build “Simpsons”-related products. Though controversial when it aired in 2010, with real South Korean animation workers protesting the incorrect depiction of their conditions and Fox itself pulling YouTube clips down for copyright infringement, showrunner Al Jean told The New York Times that it was all according to plan. “Obviously, the animation to do this was pricey. I couldn’t have just snuck it by Fox,” Jean said. He added, “I haven’t been fired yet, so that’s a good sign.”