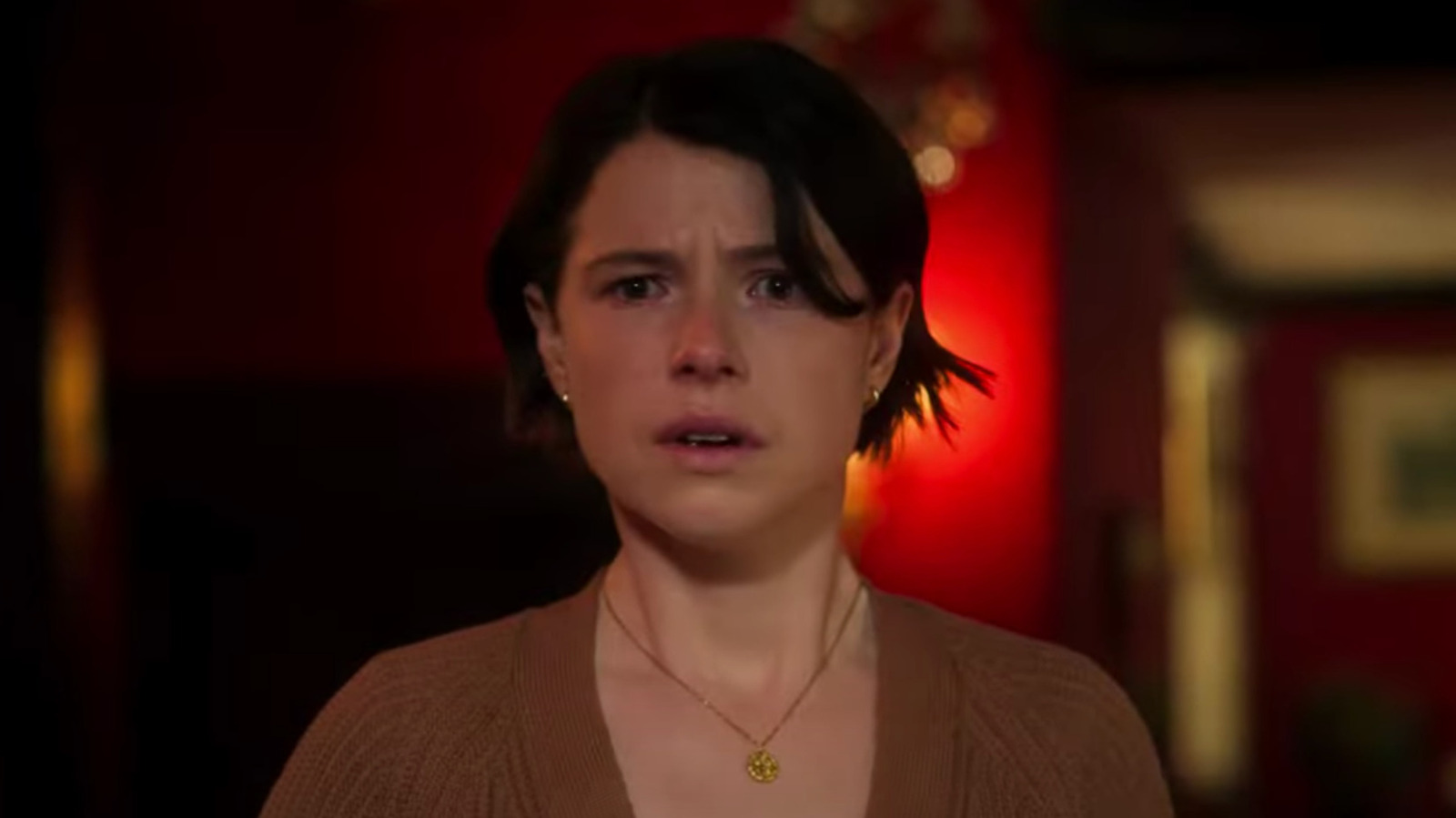 The strange, tension-laden journey of “Men” begins with Harper (Buckley), a recently widowed woman who’s decided to rent a rather grand house in the English countryside to get away from the site of her husband’s (Paapa Essiedu) tragic death. This death, and the moments that led up to it, hangs over the film like a dark veil, as Jesse remembers the final day of her husband’s life and wonders how it all went so wrong.

But bad memories aren’t the only thing troubling her once she arrives at the house, a seemingly idyllic country home with an apple tree outside and room after room of beautiful antique furnishings. The landlord, Geoffrey (Rory Kinnear), seems nice enough, but a single walk out into the woods nearby rattles Jessie, as her wandering turns dangerous with the arrival of a mysterious, and distant, man along the path. The less said about what happens next, the better, but suffice it to say Harper’s creepy first encounter with the men in the countryside surrounding the house is just the beginning of a dark descent into madness that’s part home invasion thriller, part folk horror, and all deeply unsettling.

As the film’s trailers reveal, a key ingredient in this discomfiting cocktail of influences and ideas is Garland’s decision to cast Kinnear as not just Geoffrey, but every man Harper encounters on her trip, from the bartender at the local pub to the church vicar to a small boy with a bad attitude. It’s a visual flourish that adds to the eeriness of the whole piece, and it’s helped along by Garland’s patient, unflinching approach to the terror that follows Harper throughout the film. It starts with very simple things, like the sudden appearance of a silhouette that wasn’t there before, or the flickering of the motion lights outside the house, or even glimpses of figures through windows as they move in on Harper’s quiet vacation. By the end of the film, Garland’s engaging in some of the most graphic imagery of his entire career, but he’s taking the same deliberate, slow-burn approach to the whole thing. This is not a film built on continuous jump scares and jack-in-the-box moments. This is about the horror that’s right in front of you — and more importantly, how you choose to face it.