Stephen A. Smith has a very interesting relationship with Jerry Jones and the Dallas Cowboys, and he gave fans a peek into it on ESPN First Take on Friday morning.

Smith went on one of his classic tirades to get across his (mostly tongue-in-cheek) disdain for the fanbase itself, before admitting that he had a “special relationship” with the billionaire owner. 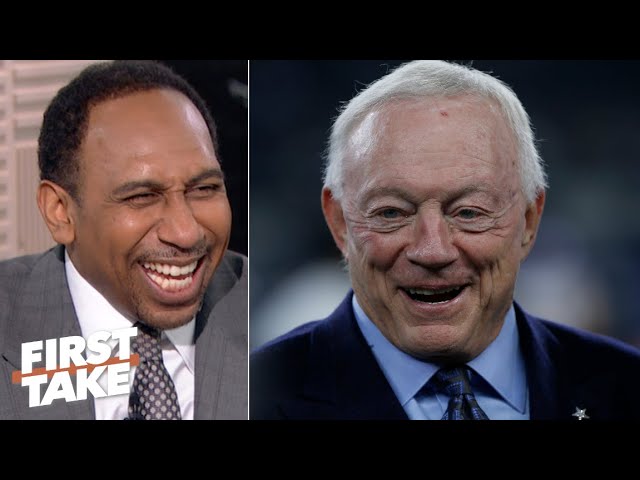 According to Smith, the franchise’s faithful make him “sick,” though he enjoys the city of Dallas itself:

“I gotta admit to you, as much as I can’t stand the Dallas Cowboys, they truly make me sick. I can’t stand Cowboys fans. I do love the city of Dallas though. It is nice, but I can’t stand Dallas Cowboy fans. If a nuclear bomb dropped, a cockroach, a rat, and a Cowboys fan will come out of the rubble. This is what happens. I mean, it’s who they are.”

The reason why Dallas’ fans are a thorn in Smith’s side? Their irrational confidence:

“And they just make me sick claiming they’re gonna win a Super Bowl after another futal season.”

That said, he does love Cowboys owner Jerry Jones and would love to see his team win while he is still around:

“But I have to admit, my buddy Jerry Jones is special to me. And I gotta tell you that him, while he’s still on God’s green earth, is something that would touch my heart. I can tell you right now, before I see a Cowboy fan, I can root for Jerry.”

Ultimately, Smith admits that, without Jones, he doesn’t have much desire to see Dallas win…

” Now the Cowboy fans are gonna come in the next power and ruin it. There’s one of them running in this building somewhere, and I’m gonna run into one of them saying ‘we’re gonna win the Super Bowl next year’ and just turn my attitude around. But for the moment, I would tell you my heart’s with Jerry Jones. I love that man, and I want him to win. I want him to win.” 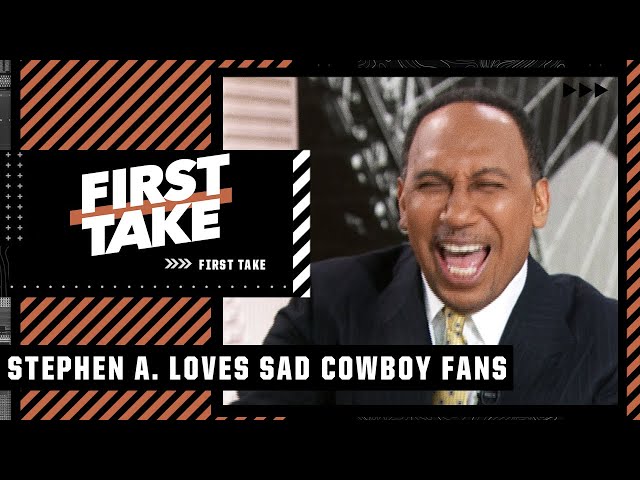 Stephen A. Smith was used in a Cowboys schedule promotional video

Dallas released a 2022 schedule release promotional video on Thursday night that starred Stephen A. Smith telling fans that their beloved Boys would be “in trouble” after looking at their upcoming opponents this season.

The video didn’t do much to endear himself to fans, but it certainly did set him apart as Public Enemy No. 1 of the historically dominant franchise that hasn’t made a Super Bowl appearance since 1995.

Q. Do you enjoy Stephen A. Smith trolling Cowboys fans?