Home
»
Movies
»
“Other guys like Ja Morant, Anthony Edwards from our team, you look at Luka from the Mavericks”

With toes dipped in two separate sports worlds, Alex Rodriguez is proving himself a respected voice in the National Basketball Association as well as Major League Baseball. The former New York Yankees slugger is co-owner of the Minnesota Timberwolves, an NBA franchise founded in 1989, and CEO of his investing firm, A-Rod Corporation. Rodriguez joined the franchise’s ownership last summer along with American entreprenuer Marc Lore.

Crazy to think that A Rod owns the Wolves and Paul George owns the Blazers now. Big year for athletes buying into ownership groups

Crazy to think that A Rod owns the Wolves and Paul George owns the Blazers now. Big year for athletes buying into ownership groups

“Crazy to think that A Rod owns the Wolves and Paul George owns the Blazers now. Big year for athletes buying into ownership groups” – @ lucas

Alex Rodriguez sees the Timberwolves as more than an investment. He’s a hands-on owner who can frequently be spotted courtside at Timberwolves games and other NBA matches. He takes an active interest in his players. He’s always on the lookout for new talent who would be a good fit in Minnesota. It’s just one reason the franchise went from a 23-49 record last season to a playoff-worthy 46-36 record this year.

Now, Alex Rodriguez is speaking out on the NBA’s current star talent pool.

In a recent interview at the Bloomberg Power Players Miami event, Rodriguez commented on broad topics like sports media and future player talent. He spoke about creative ways to attract new fans and strategies to keep old ones coming back.

To prove a point about recreating brands, Rodriguez used an example centered around Lebron James, the NBA’s biggest star since Michael Jordan. He said that when James didn’t make the postseason this year, many NBA analysts thought playoff viewership would decline. However, the opposite has turned out to be true, and Rodriguez believes this shows the NBA’s bright future.

“But when you think about media and you look at the numbers, everyone thought, ‘Oh man, Lebron is not in the postseason; NBA is going to go down.’ [But] the ratings have never been better.”

Rodriguez doesn’t see this as mere coincidence. He thinks NBA fans keep coming back to see the bright, new talent overtaking the league. He mentioned several players who are transforming the face of basketball.

“[Lebron’s absence] allows other guys like [Ja Morant], Anthony Edwards from our team, you look at Luka from the Mavericks; the talent is phenomenal.”

And those are just a few players dominating the NBA’s 2022 postseason. Rodriguez’s point is that fans love to see their sport played well, regardless of who’s at the top. It applies to the MLB as well.

You can watch Rodriguez’s entire interview with Bloomberg’s Jason Kelly below. 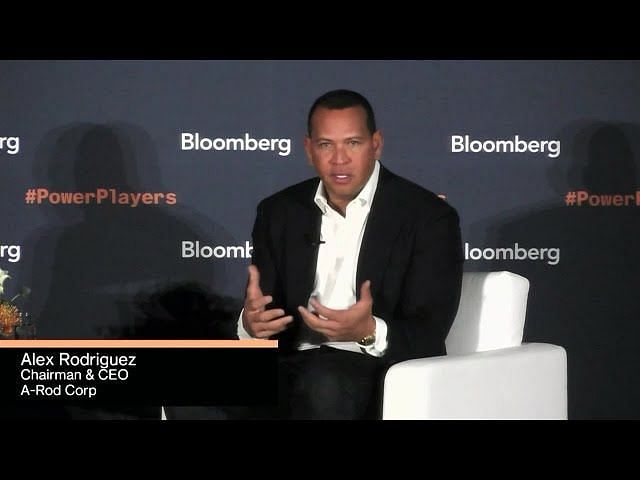 Even when star players like Mike Trout or Bryce Harper are injured for half a season, fans come to see other stars. There will never be a talent void.