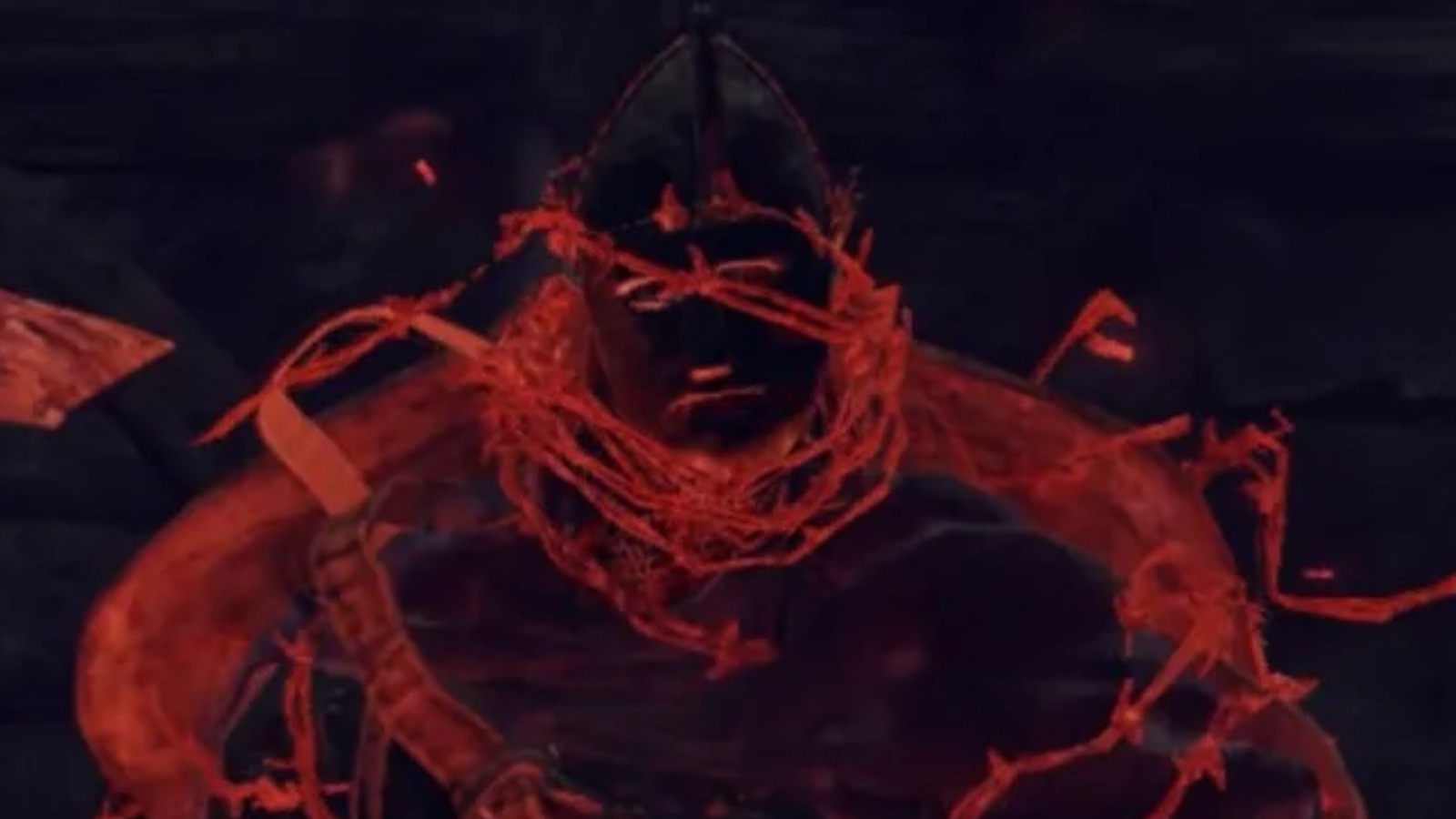 Players can usually get a few hits on the Bell Bearing Hunter as it is initially being summoned before it starts attacking. After that, it’s time for the actual fight. It generally uses a handful of attacks at the beginning: It will swing its sword 1-3 times, do a shield slam when the player gets behind it, a grab when the player gets too close, and a shield charge when they get too far away. Occasionally, its sword will glow red, indicating that it is imbuing it with magic. At this point, the sword will arc out beyond its hand, extending its range. It can also do a slow charging thrust attack that is telegraphed when the sword starts rotating. It can easily be dodged, but does a tremendous amount of damage if it hits.

So how do you fight the Bell Bearing Hunter? Using a shield that has physical negation can be really helpful here as all of its attacks deal physical damage in spite of their magical nature. Otherwise, players must learn its timing and simply roll through its attacks. It doesn’t usually move quickly and there are large enough gaps between many of its strikes that the player can safely heal. It is worth noting that some players have reported being able to cheese the fight by using the horse Torrent to get onto a cliffside or rooftop where the Bell Bearing Hunter can’t reach and then killing it with ranged attacks.