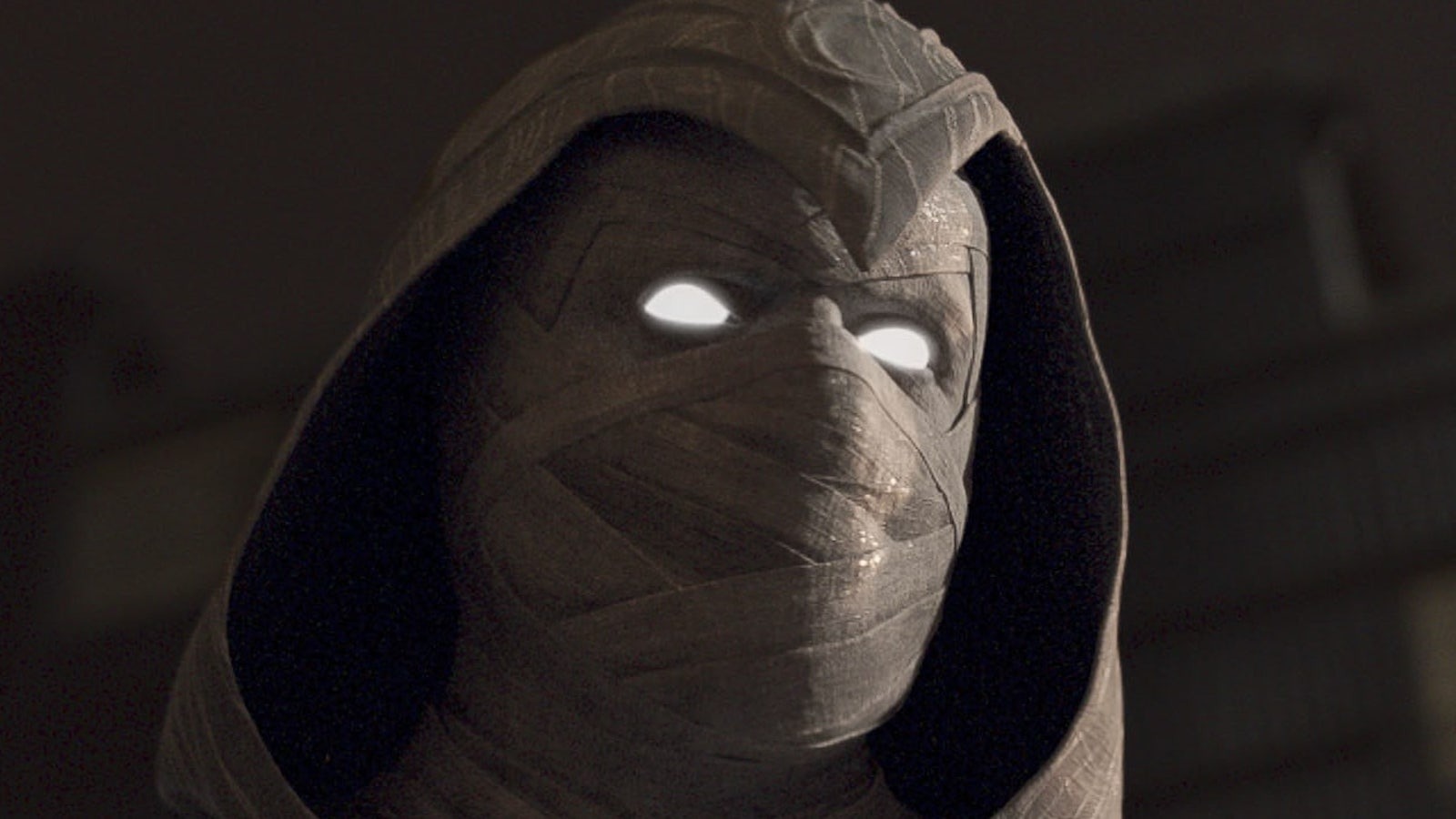 When Marc/Steven manage to escape the Duat and bond themselves with Khonshu again, they realize that they’re miles away from where Ammit and Arthur are causing chaos in Cairo — and Khonshu sends them flying towards the city. But since Moon Knight normally doesn’t have the ability to fly, fans were a little confused. But when speaking to ComicBook.com, head writer Jeremy Slater clarified that Khonshu helped our hero glide to Cairo on a stream of air.

“I’m not a 100% sure because in the script it was, he was using his cape as a sort of parasail. And Khonshu was like, ‘I’m the God of the night skies.’ And the idea in the script was that Khonshu summons up this incredible sort of jet stream of air, and he catches that. And he’s riding this sort of air current at 200 miles an hour towards Cairo,” Slater explained.

The writer went on to say that because of Khonshu’s godly nature, this gives Moon Knight access to powers he wouldn’t normally have. Slater also pointed out that a recent arc in the comics sees the hero dismantle the Avengers just by embracing Khonshu. “But look,” continued Slater, “we’ve seen that when he is channeling Khonshu’s power, he can do some pretty crazy stuff. And I don’t necessarily know if we know what the ceiling for that power level is just yet.”

The “Moon Knight” head writer then added that writing his powers like this offers them more breathing room for future stories. He said, “Moon Knight is much stronger than people have given him credit for in the past. And that’s now canon. So I think it gives us a lot of leeway to level him up or down as the story dictates in the future.”