Tank Toland recently recalled the time that his former tag team partner locked The Undertaker and several other superstars in a bathroom.

Toland, formerly known as James D*ck, worked alongside Chad D*ck as The D*cks on SmackDown in 2005. As part of his main-roster initiation, Chad was encouraged by some superstars to prove himself by legitimately punching his tag partner.

Speaking on Cafe de Rene, Toland said Chad was willing to do what his co-workers asked simply because he wanted to fit in. Feeling under pressure, he locked The Undertaker & Co. in a bathroom so they could not see him pleading with Toland to take a punch. 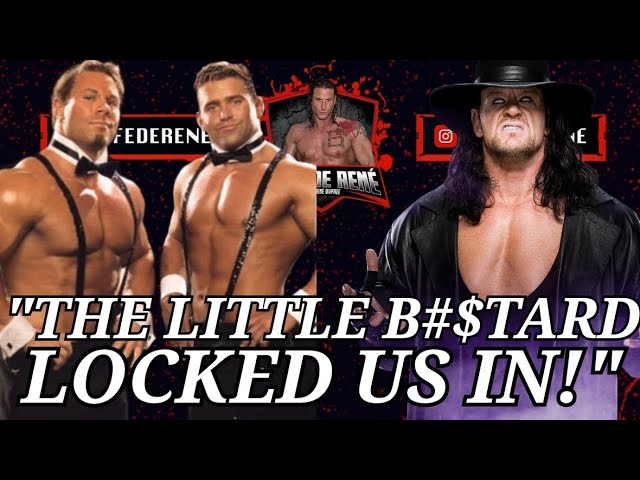 The D*cks appeared on SmackDown between October 2005 and February 2006 before receiving their releases from WWE. Their biggest victory came when they defeated The Legion of Doom (Heidenreich and Road Warrior Animal) on the November 25, 2005 episode of SmackDown.

With The Undertaker and several others locked in a bathroom, Chad D*ck got down on his knees and begged Toland to let him punch him.

Orlando Jordan, a WWE Superstar between 2003 and 2006, eventually opened the door, which is when the roster saw Chad begging his tag partner.

The following night, Chad punched Toland in an attempt to be accepted by his fellow superstars. Toland retaliated by knocking Chad out, leaving both men requiring medical attention.

Please credit Cafe de Rene and give a H/T to Sportskeeda Wrestling for the transcription if you use quotes from this article.

Got pro wrestling running through your veins? Sign up for our exclusive newsletter right here.