Dustin Poirier has hit back at Michael Chandler for his recent comments about his disinterest in setting up a fight. In addition to clarifying his statement about being the bigger draw, Poirier shone a light on Chandler’s recent record, claiming he is yet to beat fighters coming off a win.

While in conversation with Ariel Helwani on the latest edition of The MMA Hour, ‘The Diamond’ nuked Chandler, claiming that he has been playing second fiddle on every card that he has featured in so far, except his title fight against Charles Oliveira at UFC 262.

Poirier, on the other hand, has only featured in headliners since his UFC Fight Night 120 clash against Anthony Pettis way back in November 2017. The Louisiana native further argued that ‘Iron’, since his arrival in the UFC, has only won scraps against fighters coming off of losses.

“Look at the numbers. We sell six something, what they sell? Over 400. I mean, who’s a draw I don’t know. I don’t play that s**t because I don’t really care. But don’t say stuff that you can find out, you know, the numbers and see who’s watching more… He’s never beat anybody coming off of a win in the UFC, Ariel. He’s been dropped in his last three fights. He’s never beat somebody coming off of a win, you know?”

Catch Dustin Poirier’s full interview on The MMA Hour below: 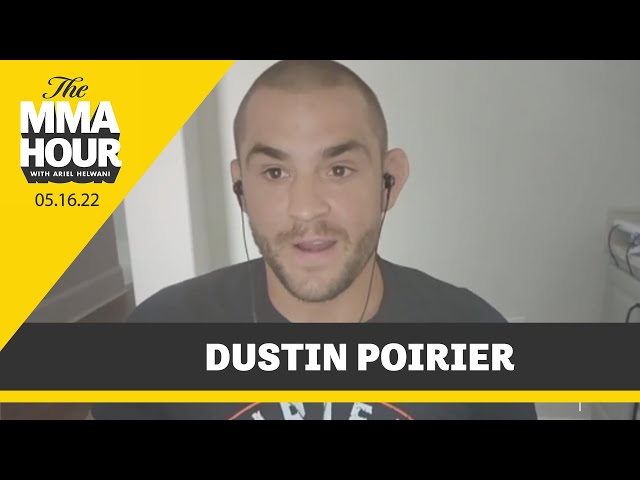 Michael Chandler has only bested Tony Ferguson and Dan Hooker during his time in the UFC. Ferguson was riding a three-fight losing streak going into the bout with Chandler, while Hooker was coming off a loss at the hands of none other than Dustin Poirier himself before fighting the former Bellator champion.

In the same interview with Ariel Helwani on The MMA Hour, Dustin Poirier admitted that he would truly regret not receiving the opportunity to lock horns with Nate Diaz. More so because he has been a fan of the Diaz brothers since his younger days.

“It’s like, I’ve been watching the guy fight [since] I was living at my mom’s house. He was fighting on Spike TV and and stuff like that. I’ve been a fan of him and his brother for a long time. But if he leaves the UFC and I never get to touch that chin, that sucks man.”

No comment from Nate Diaz right now. As first reported by @bokamotoESPN, his UFC 230 fight versus Dustin Poirier is off after Poirier recently suffered an injury. No word on if he’ll remain on the card.

No comment from Nate Diaz right now. As first reported by @bokamotoESPN, his UFC 230 fight versus Dustin Poirier is off after Poirier recently suffered an injury. No word on if he’ll remain on the card.

Diaz and Poirier were previously scheduled to go toe-to-toe against each other at UFC 230 way back in November 2018. However, the bout didn’t come to fruition as Poirier opted to mend a hip injury instead.