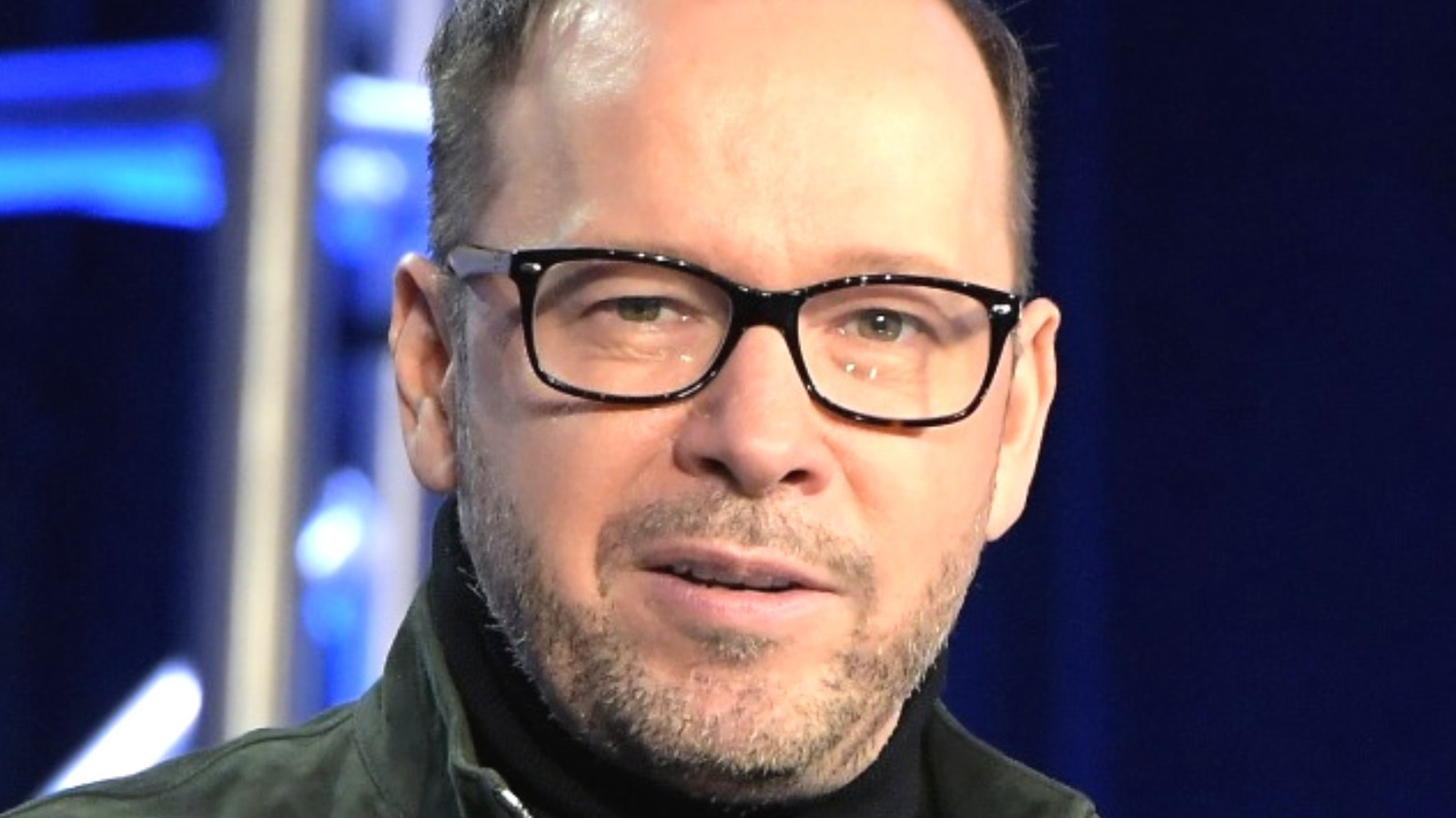 On March 20, 2022, Donnie Wahlberg shared a video on his Instagram account of a dress rehearsal for a Reagan family Sunday dinner on the “Blue Bloods” set. In the post, co-star Bridget Moynahan, who plays Erin Reagan, can be seen sporting a New Kids on the Block tee-shirt. Wahlberg, naturally, rocketed to fame as part of the boy band in the late 1980s. In the video, Moynahan cheerfully dances and mugs for the camera as Wahlberg films her, with the camera eventually panning to an amused Tom Selleck (who plays Frank Regan) looking on nearby. The audio on the post has been replaced by music from the band AC/DC.

“Not sure it gets more epic than @bridgetmoynahan wearing @nkotb t shirt to #family #sunday #dinner scene — but #ACDC def made it more epic!” Wahlberg captioned the video.

Fans commenting on Wahlberg’s post loved this little tidbit of behind-the-scenes tomfoolery, as well as Moynahan’s support for her colleague’s band. “That’s my girl!! Of course she does. She knows what’s cool!” said lastuntgal. “Family scenes are my favorite, looks like you guys have even more fun making them,” remarked nedakiss. And michelekastler ultimately spoke for many when they said, “Bridget wins the internet today!!!”

Of course, some fans also really wanted to know where they could get the shirt. “You know @donniewahlberg everyone is going to want to know where @bridgetmoynahan got her shirt from!!” said lexipie81.